Counterculture Partnership LLP, the consultancy practice that helps cultural, educational and third sector organisations to plan, manage and thrive, has congratulated its President, Tom Watson, on his elevation to the House Of Lords where he becomes Lord Watson of Wyre Forest 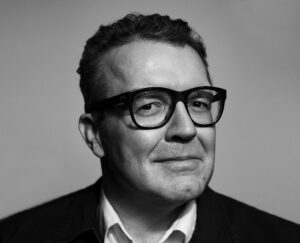 Appointed as President of Counterculture in July 2020, the former Deputy Leader of the Labour Party has brought a wealth of experience to his role as President, at a time of significant expansion for the partnership and unprecedented challenges for many cultural organisations.

“Tom Watson’s vast experience, both in government and in opposition, together with his extensive insights into the workings of the creative sector meant he was ideally placed to become President of Counterculture. We are absolutely delighted that the House of Lords, too, will now benefit from Tom’s knowledge, skills and commitment to public service. This appointment is good news for the UK’s cultural life.”

The Chair of UK Music and a best-selling author, Tom Watson was MP for West Bromwich East for eighteen years, serving as a minister under both Tony Blair and Gordon Brown as well as being a key figure on the opposition front benches until he stood down from parliament in 2019. As Deputy Leader of the Labour Party (2015-19) he led the party’s internal organisation through complex and demanding political and organisational challenges and helped deliver the party from multi-million debt to surplus. As Shadow Secretary of State for Digital, Culture, Media and Sport (2016 – 2019) Tom was a consistent and very vocal champion of the arts and creative sectors, developing initiatives to classify small music venues and places of culture, lobbying MEPs in support of copyright enhancement as well as developing a regulation framework for the tech industry. As Minister for the Civil Service and Digital Engagement (2005-09) he established the Power of Information Task Force that led to the creation of the Open Data Institute and Government Digital Service.

Our Chair talks to The Guardian about our culture of inequality

Counterculture’s Chair appointed as Cultural Ambassador by Mayor of London