Home / Clients / Case studies / GLA: Event and Programme Consultant : We Are All Londoners – Celebrating our European culture and communities 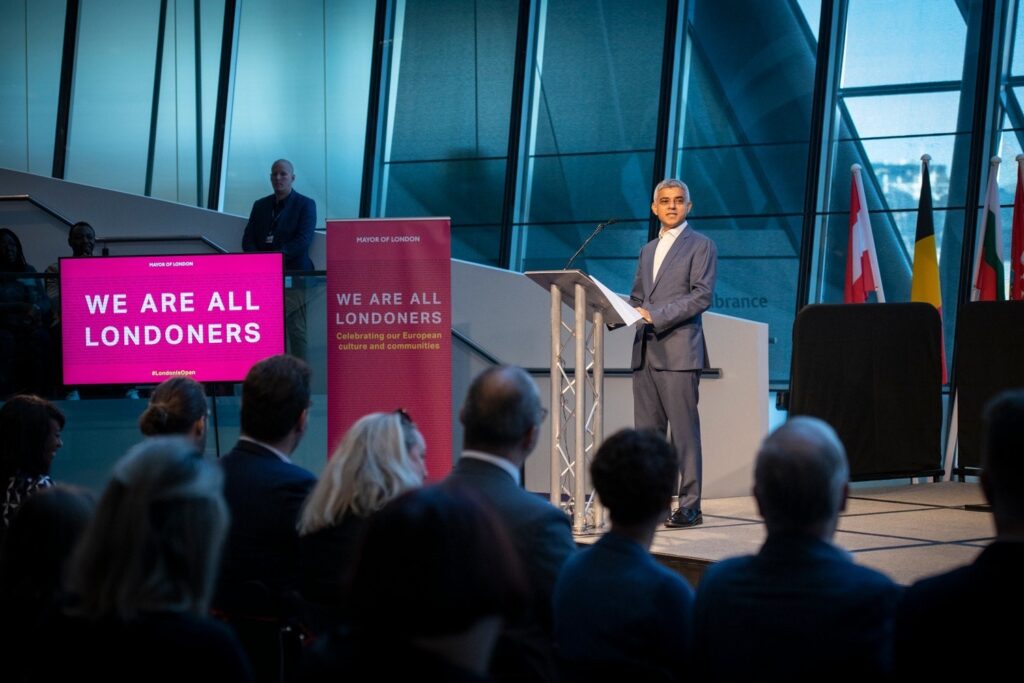 In 2019, a key aim for the Mayor of London, Sadiq Khan, was to actively support London’s large community of EU citizens and their families through an inclusive festival event held at City Hall. The event helped drive the #LondonisOpen campaign in a time of Brexit difficulties and community division.

Drawing on the important contribution of European culture to our local community, the brief required Counterculture to programme a rich and varied festival within a modest publicly funded budget. Alongside providing a celebration of art and music, it was also key that the festival provided a platform for European Londoners concerned about the new immigration status they need to acquire to access free legal support, and for the Mayor’s policies to be showcased to a wide audience.

Counterculture joined the Greater London Authority (GLA) for a three-month period to support the festival from initial planning concept through to successful completion of the festival day itself. Working closely with GLA staff from various teams including Community Engagement, Social Integration, Marketing and Events, a varied and exciting programme was developed including film screenings, live music, art installations, free legal advice, an EU settlement celebration ceremony and a European-themed menu. Local partners and European community groups were involved throughout and were supported in delivering many of the activities, food products and performances.

The project also involved working closely with the GLA Design and Marketing teams to ensure that print and advertising materials were created in time and in line with the event’s key messages. By planning regular meetings and providing clear briefs we ensured that this process was smooth and that all GLA brand guidelines were adhered to.

The event was the largest held across City Hall to date, and sold out all 5,000 tickets in advance. Following the event, the Mayor’s approval rating amongst the event’s target audience of European Londoners and their families rose to it’s highest, and similar future events are now being planned. The event also gained media attention from across Europe and was featured on that day’s BBC News.

Food for thought. Tonic London considers the future of the hospitality industry